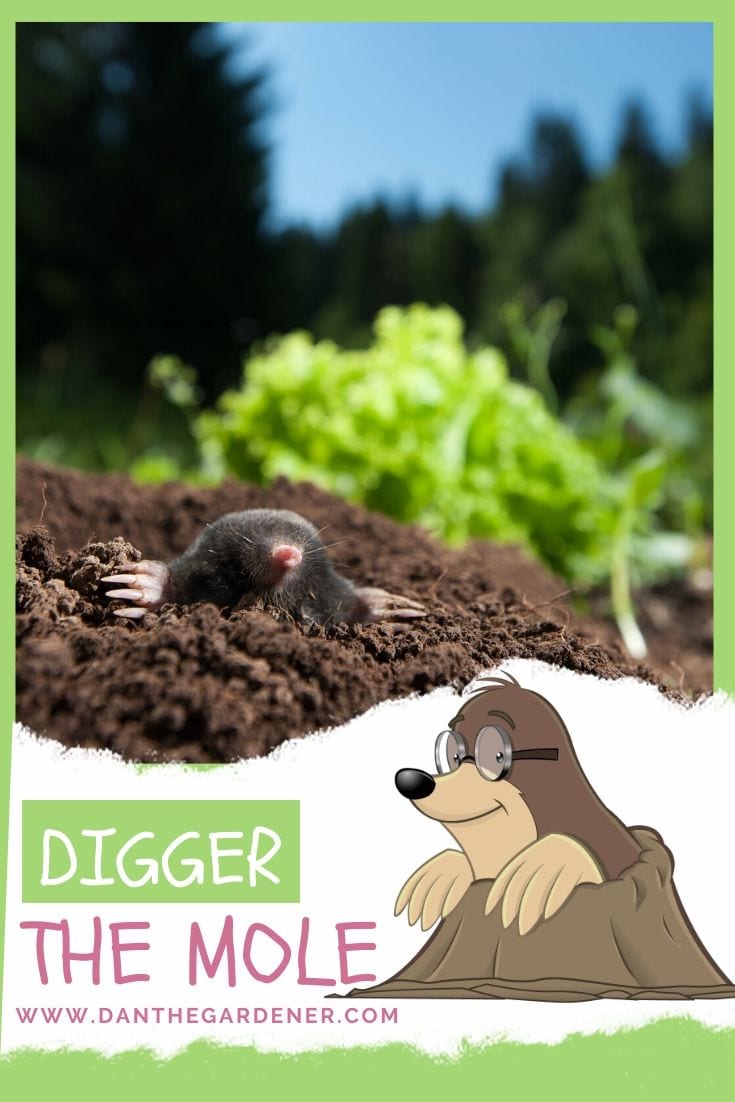 Hello, my name is Digger The Mole

I am a garden mole who cannot see very well, I bob up here and there annoying everyone as I leave a mess in their pretty gardens even though I do not mean to.

Find a molehill and I will not be far away. I cannot see very well which is why I had to borrow these glasses from Nan Fran.

She does not know that I borrowed her glasses but I am sure Nan Fran will not mind as they like me over at Fernleigh Cottage.

Their typical life expectancy is three years and they grow approximately six to eight inches long and weigh three to six ounces.

There are 42 different species worldwide of moles; they are members of the mammal family Talpidae.

A group of moles is known as a ‘labour’

So the mole can move backwards as well as forwards, their fur is designed to move in both directions.

Moles have sensitive whiskers which can detect the slightest vibrations in the ground.

Moles saliva contains a toxin, which can paralyse worms; this is so they can be stored underground for later consumption.

They rarely come up to the surface, but when they do it is only to collect leaves, which are used in their nests..00

A0 star-nosed mole can detect, catch and eat food faster than the human eye can follow.

They will defend their burrows against rivals because they are extremely territorial.

You can read lots more interesting facts for kids here.